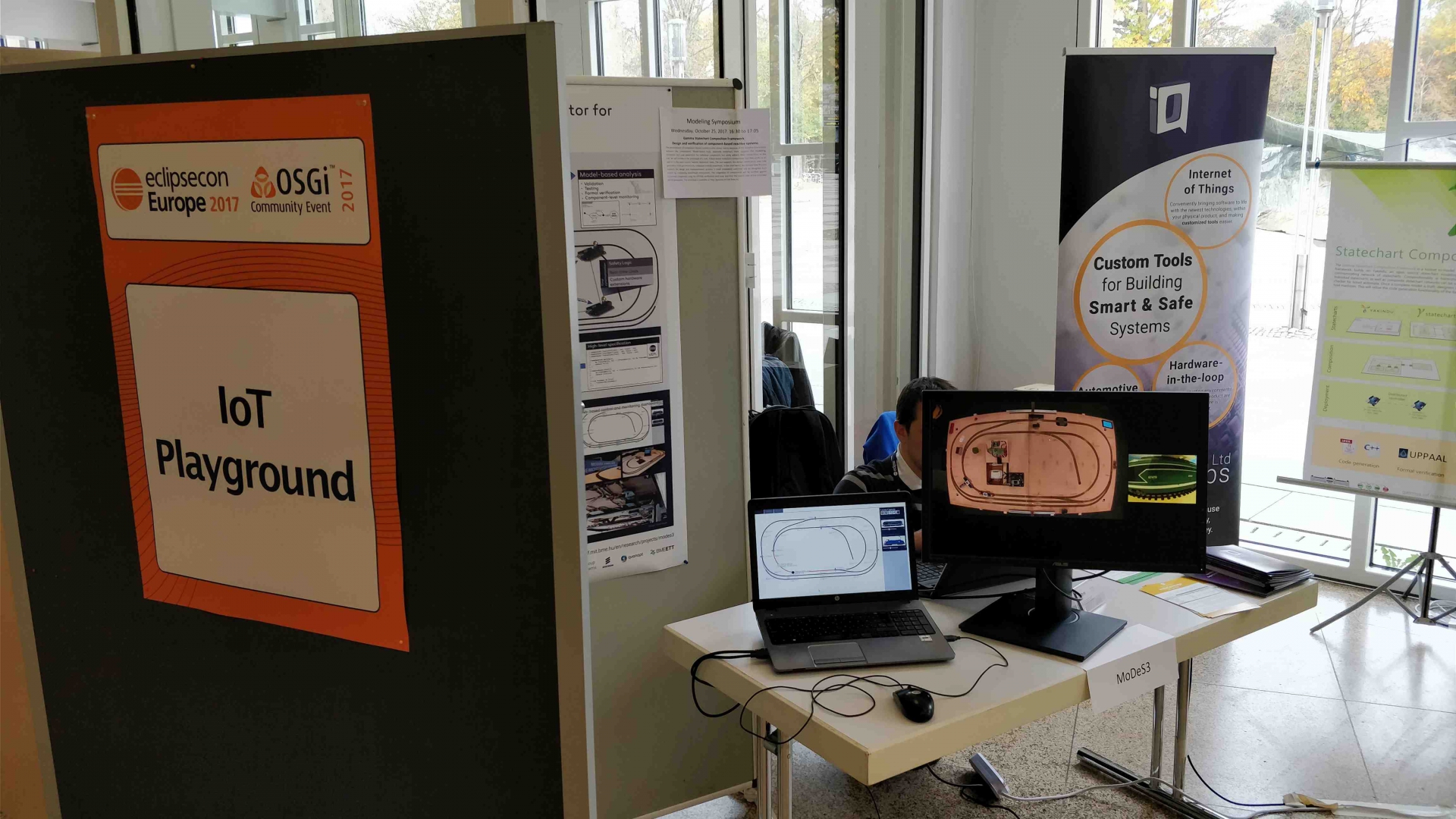 István Ráth and Zsolt Mázló not only participated the EclipseCon Europe 2017 but also were contributors of the succesful event.

István gave two talks. On the Unconference he presented our open source flagship VIATRA in the framework of the Guided Tour of Eclipse Modeling. Furthermore, on the IoT Theme Day he gave a lightning talk entitled ‘Easier smart home development with simulators and rule engines‘.

In addition, our company was a sponsor of IoT Theme Day, and we were represented by Zsolt Mázló, developer of MoDeS3 in the IoT Playground where the model railway system was really succesful again.

András Vörös, co-worker of Budapest University of Technology and Economics’ Fault Tolerant Systems Research Group gave a talk on the Modeling Symposium. His and István’s two talks will be available soon on Youtube EclipseCon Europe 2017 playlist.